Blockchain, one of the latest innovation in the field of technology. only a handful of people understand what it is, but everyone is buzzing about blockchain technology. In today’s post, we are going to take a look at how does it actually work.

A wants to send money to B (some kind of digital currency or a digital form of some other possession, such as a property title, birth certificate or educational degree) and registers the transaction.

This transaction is represented as a block in the shared ledger that is packaged with other pending transactions. The block is broadcast to the blockchain systems network of participating computers for solving complex calculations.

After verification, each block of transactions then gets added to the ledger with a time-stamp and a cryptographic hash for security. Each block also contains a reference to the previous block’s hash, thus it creates a “chain” of records that cannot be manipulated except by convincing participating computers that the manipulated data in one block and in all prior blocks is true. Such an instance is considered impossible. 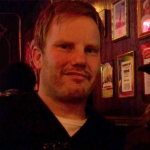 Benefits Of SAP HANA That Can Transform Your Business